A neighborhood-by-neighborhood breakdown of rent prices in Los Angeles

Ever wondered what it would cost you to live in the second largest rental market in the country?

We’re talking about a city where the grass is always greener, the girls so hot they’ll met your popsicles. The city of Angeles, Los Angeles, California.

Our team, in partnership with the guys at RentMetrics.com, just finished a massive analysis of LA’s rental market. We went back to August 2012 and compared what renters were paying for a one-bedroom last year with what they’re paying for the same one-bedroom this year.

In an average year rents can rise by as much as 3%. Again that’s in a typical year.

But in Los Angeles, one-bedroom rentals have risen almost 10% since August 2012! For the typical renter, that means you’ll be paying almost $2,000 more in rent this year than you were last year. Ouch!

Since the majority of Angeleno’s make less than $75,000/year, we’ve put together a map of the city to help you understand what the average one-bedroom is going to cost you right now (August 2013). 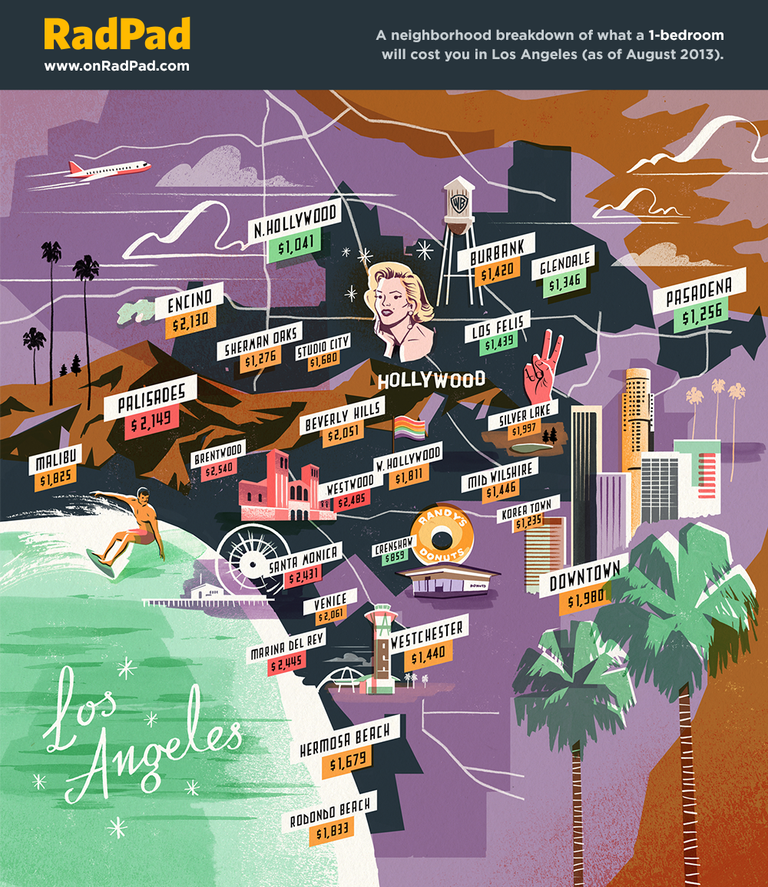 The most expensive neighborhoods in Los Angeles:

The cheapest neighborhoods in Los Angeles: